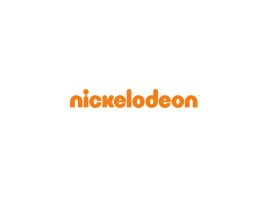 Nickelodeon (often shortened to Nick, and originally called Pinwheel) is an American basic cable and satellite television network that is owned by the Viacom Media Networks division of Viacom.

Since July 1985, it has shared its channel space with Nick at Nite, a nighttime service that airs during the interim hours, and is treated as a separate channel from Nickelodeon by Nielsen for ratings purposes; it features reruns of older primetime sitcoms, along with some original series and feature films. Both services are sometimes collectively referred to as "Nickelodeon/Nick at Nite", due to their common association as two individual channels sharing a single channel space.

As of February 2015, Nickelodeon/Nick at Nite is available to approximately 94.7 million pay television households (81.4% of households with at least one television set) in the United States.

Nickelodeon´s history dates back to December 1, 1977, when Warner Cable Communications launched the first two-way interactive cable system, QUBE, in Columbus, Ohio. Its C-3 cable channel carried Pinwheel daily from 7:00 a.m. to 9:00 p.m. Eastern Time. Nickelodeon launched on April 1, 1979, initially distributed to Warner Cable systems via satellite on the RCA Satcom-1 transponder. Nickelodeon´s schedule currently consists largely of original series aimed at pre-teens and young teenagers, including animated series (such as SpongeBob SquarePants, The Fairly OddParents, Teenage Mutant Ninja Turtles, Sanjay and Craig, Rabbids Invasion, Breadwinners, Harvey Beaks and Pig Goat Banana Cricket ), to live-action comedy and action series (such as Nicky, Ricky, Dicky & Dawn, Power Rangers: Dino Charge, The Thundermans, Henry Danger, and Bella and the Bulldogs, along with month-long running shows Make It Pop, Talia in the Kitchen and WITS Academy), as well as series aimed at preschoolers (such as Team Umizoomi, PAW Patrol, Bubble Guppies, Blaze and the Monster Machines, Wallykazam! and Dora and Friends). The channel also airs reruns of select original series that are no longer in production (such as Big Time Rush, Victorious, Sam & Cat, iCarly and The Haunted Hathaways), as well as occasional original made-for-TV movies. The channel also airs bi-monthly special editions of Nick News, a newsmagazine series aimed at children that debuted in 1992 as a weekly series.

Nicktoons is the branding for Nickelodeon´s original animated television series (although it has seldom been used by the network itself since the 2002 launch of the spin-off digital cable and satellite channel of the same name). Until 1991, the animated series that aired on Nickelodeon were largely imported from foreign countries, and some original animated specials were also featured on the channel up to that point. Original animated series continue to make up a substantial portion of Nickelodeon´s lineup, with roughly 6 to 7 hours of these programs airing on the weekday schedule and around nine hours on weekends, including a five-hour weekend morning animation block. Since the late 2000s, after the channel struck a deal with DreamWorks Animation in 2006 to develop the studio´s animated films into weekly series, the network has also begun to incorporate Nicktoons that utilize three-dimensional computer animation (such as The Penguins of Madagascar and Fanboy & Chum Chum), in addition to those that are produced through traditional or digital ink and paint.

Nickelodeon does not air movies on a regular basis; however, it does produce its own original made-for-cable television movies, which usually premiere in weekend evening timeslots.

Nickelodeon also advertises hour-long episodes of its original series as movies; though the "TV movie" versions of Nickelodeon´s original series differ from traditional television films in that they have shorter running times (approximately 45 minutes, as opposed to 75-100 minute run times that most television movies have), and use a traditional multi-camera setup for regular episodes (unless the program is natively shot in the single-camera setup common of films) with some on-location filming. Nickelodeon also periodically acquires theatrically released feature films for broadcast on the channel including Universal´s Barbie: A Fashion Fairytale, several Monster High films, and Teenage Mutant Ninja Turtles: Turtles Forever (which was later released by Nickelodeon Movies through Paramount DVD for DVD release), with the Barbie and Monster High films usually aired under a brokered format in which Mattel purchases the time in order to promote the release of their films on DVD within a few days of the Nickelodeon premiere, an arrangement possible as Nickelodeon does not have to meet the Federal Communications Commission rules which disallow that arrangement for broadcast channels due to regulations disallowing paid programming to children.

Nicktoons is a digital cable and satellite television network that launched on May 1, 2002 as Nicktoons TV; it was renamed as Nicktoons in May 2003, before rebranding Nicktoons Network from 2005 until reverting to its previous name in September 2009. The network airs a mix of newer live action & animated shows from Nick (like The Haunted Hathaways, Fanboy and Chum Chum, Robot and Monster and Teenage Mutant Ninja Turtles along with series produced exclusively for Nicktoons and some older shows like SpongeBob SquarePants
Nick Jr.

Nick Jr. is a digital cable and satellite television network aimed primarily at children between 2 and 7 years of age, featuring a mix of current and some former preschool-oriented programs from Nickelodeon, and original series exclusive to the channel; it originally launched on February 2, 1999 as Noggin, a joint venture between MTV Networks and the Children´s Television Workshop (now Sesame Workshop), the latter of which sold its stake to Viacom in 2002. On September 28, 2009, the network was relaunched as Nick Jr., named after the former preschool program block of the same name that aired on Nickelodeon from January 1988 to February 2009. The network debuted Nickmom, a four-hour nightly program block aimed at mothers in September 2012, which was controversial at its start due to its more lenient content standards (including some profanity, crude humor and suggestive references) than what is otherwise permitted on Nick Jr., particularly as the network operates a singular Eastern Time Zone feed, which results in the Nickmom block airing at the same time in all six U.S. time zones (being broadcast as early as 5:00 p.m. in the Hawaii-Aleutian Time Zone). While traditional advertising appears on the channel during the Nickmom block, the network otherwise only runs programming promotions and underwriter-style sponsorships in lieu of regular commercials.

TeenNick is a digital cable and satellite television network that is aimed at teenagers and young adults, which originated as a nighttime block called "The N" on Noggin (in a similar scheduling structure as Nickelodeon and Nick at Nite) on April 1, 2002 and was spun off into a standalone channel on December 31, 2007, when it took over the satellite transponder of Nickelodeon Games and Sports. On September 28, 2009, the network was rebranded as TeenNick, named after the former TEENick block that aired on Nickelodeon from July 2000 to February 2009. Although TeenNick has more relaxed program standards than the other Nickelodeon channels (save for Nick at Nite and the Nickmom block on Nick Jr.) ? allowing for moderate profanity, suggestive dialogue and some violent content ? the network has shifted its lineup almost exclusively towards current and former Nickelodeon series (including some that are burned off due to low ratings on the flagship channel) that have stricter content standards. It also airs some acquired sitcoms and drama series (such as Degrassi, which has aired on the network since 2003 as The N) and until the rebrand, also incorporated some original programming. On July 25, 2011, TeenNick began airing The ´90s Are All That, renamed The Splat in October 2015, a block of Nickelodeon´s most popular 1990s programming, targeting the network´s target demographic from that era.

TV Land is a basic cable and satellite channel that debuted on April 29, 1996. Based on the Nick at Nite block, it originally aired classic television series from the early 1950s to the 1970s, but beginning in 2004, has broadened its programming inventory to include series from the 1980s and 1990s (and more recently, the 2000s). In 2008, TV Land began producing its own original series; originally these were reality series, however the network ventured into scripted originals with the 2010 debut of Hot in Cleveland. On December 17, 2006, Viacom´s MTV Networks Kids & Family Group division took over operational responsibilities for TV Land from Nick at Nite (concurrent with Nickelodeon taking operational duties for Nick at Nite), though TV Land continues to be operated as part of the company´s Viacom Media Networks unit.

Watch Nickelodeon from abroad with VPN