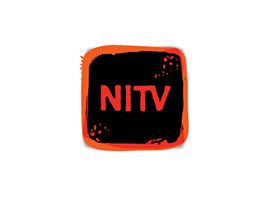 National Indigenous Television, commonly referred to as NITV, is an Australian television channel that broadcasts programming produced primarily by indigenous peoples of Australia.

It was initially only carried by cable and satellite providers, along with some limited over-the-air transmissions in certain remote areas. However, in 2010, the Australian Government commissioned a wide-ranging review of its investment in the Indigenous broadcasting and media sector. The review was headed up by retired senior public servant Neville Stevens with the assistance of Expert Panel members Laurie Patton and Kerrynne Liddle. The review recommended that NITV continue to receive government funding only on the basis that it was re-structured.

Subsequently, Communications Minister Senator Stephen Conroy invited NITV to enter in negotiations with the Special Broadcasting Service to access one of that network´s unused digital terrestrial channels. SBS took over the management and operation of NITV on 1 July 2012, and the network was re-launched as a free-to-air channel on Freeview channel 34 on 12 December 2012.

Watch NITV from abroad with VPN