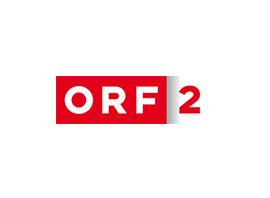 ORF 2 is an Austrian television channel owned by ORF.

ORF 2 was launched on 11 September 1961 as a technical test programme. Since 1970, ORF 2 broadcasts on seven days a week. Today it is one of the four public TV channels in Austria.

Whereas ORF eins focuses on TV series and movies, ORF 2 broadcasts cultural programming and regional information. There are regional broadcasts for each county in Austria but mostly only a half hour when ORF broadcasts "Bundesland heute", a slot for regional news, at 7PM.

ORF 2 is available via DVB-T in Germany near the Austrian border and in parts of Munich. Unlike the German TV stations (which are generally available free-to-air), ORF eins and ORF 2 are encrypted over satellite.

Watch ORF 2 from abroad with VPN