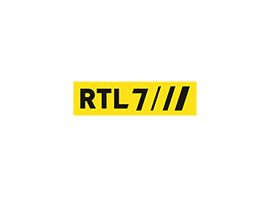 RTL 7 is a major commercial television station in the Netherlands. It is the most-watched commercial station in the country, popular especially with those aged between 16 and 50. RTL 7 is a general entertainment channel with infotainment, drama series (Dutch and foreign), talk shows, game shows, news, sports and talent shows. It is owned by RTL Nederland. The station has three sister TV channels: RTL 5, RTL 4 and RTL 8 and four thematic TV channels: RTL Z, RTL Lounge, RTL Crime and RTL Telekids.

Officially RTL 7 - along with RTL 5, RTL 4 and RTL 8 is headquartered in Luxembourg, broadcasting under a Luxembourg TV license. This allows them to avoid more strict control by the Dutch media authorities as Luxembourg´s television watchdog is less strict.

Watch RTL 7 from abroad with VPN