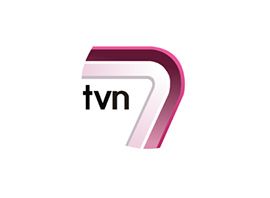 TVN 7 is a Polish television channel specializing in action, drama and comedy shows and movies. The channel was launched in March 2002, replacing RTL 7. It is part of the TVN network which is owned by Scripps Networks Interactive.

It features popular foreign series such as Gossip Girl, Friends, One Tree Hill, Monk, The Following, Prison Break, Violetta or NCIS as well local Polish productions. It is available via cable and satellite service and it is one of the most popular channels in Poland, according to AGB Nielsen Media Research.

In autumn 2001, RTL 7 was taken over by TVN, the second biggest Polish television network.

In March 2002, RTL 7 was replaced by TVN Siedem. The new channel presented an attractive programming line-up, a brand new identification and logo.

Watch TVN 7 from abroad with VPN