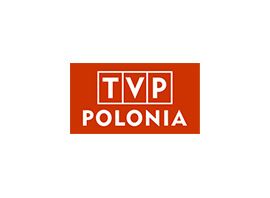 TVP Polonia (also known as TV Polonia, Telewizja Polonia or Telewizja Polska Polonia) is the international channel of the Telewizja Polska (TVP). The channel is co-funded by the TVP and the Polish Ministry for Foreign Affairs and broadcasts from the TVP headquarters in Warsaw. TVP Polonia is targeted at Polish-speaking audiences outside Poland, and it broadcasts many of the shows also broadcast by TVP´s domestic channels in addition to news from Polonia/Polish communities around the world. It´s launched October 1992 (trial), March 1993 (regularly).

TVP Polonia is available in many countries around the world via cable or satellite. It is also transmitted unencrypted from various satellites.

TVP Polonia is a popular general channel targeting Polish-speaking audiences in and outside of Poland. It broadcasts many of the shows also broadcasted by TVP´s domestic channels in addition to news from Polonia/Polish communities around the world. Tv series, news, fashion, culture, and music.