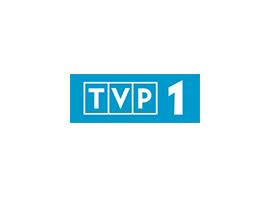 Broadcasts news, talk shows, cultural and social events, Polish and foreign tv series, entertainment, sports and children´s programs. This is one of the main tv channels in Poland.

TVP1 (TVP Jeden, Program I Telewizji Polskiej, "Jedynka") is a television channel owned by TVP (Telewizja Polska S.A.), Poland´s national public broadcaster. It was the first Polish channel to be broadcast and remains one of the most popular today. TVP1 was launched August 1939/25 October 1952 (tests), January 1953 (regular programming).

In addition to its SD broadcast, a HD version of TVP1 is also available. Test broadcast started in January 2011, later in June 2012 official broadcast of TVP1 HD began with the coverage of the UEFA Euro 2012.

Watch TVP1 from abroad with VPN