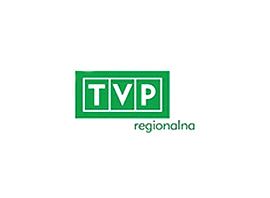 It broadcasts regional programs, including local news and reports.

TVP Regionalna (formerly TVP3, known also as Regionalna Trójka or Program 3 Telewizji Polskiej) is a Polish TV channel, run by the public broadcaster, TVP and dedicated to the country´s regions. It has regional branches in most of the major Polish cities and, similarly to the France 3 in France or Rai Tre in Italy, for couple of hours every day it broadcasts regional programming, including local news and reports.

In the beginning, TVP Regionalna existed only as an umbrella brand for TVP regional affiliates. By the late 1990s, all TVP affiliates were connected together into a single national network, producing local news as well as some shows which were broadcast nationwide. In 2003-2007 from 7:30 to 22:30 it aired nationwide news bulletins every hour. It was also used as the Polish parliamentary channel, transmitting the Sejm meetings, parliamentary inquiry commission´s proceedings and other major political events. In 2005, four new regional bureaus were created by splitting one bureau each from TVP Kraków, TVP Katowice, TVP Gda?sk and TVP Pozna?. This move increased the number of bureaus to 16, one for each Polish voivodeship.

On September 1, 2013 local programs were separated from TVP Info and moved to the reactivated TVP Regionalna. In fact, TVP Regionalna is not a single channel but sixteen regional channels with local programming (especially from 18:00 to 22:15). The rest of the schedule fills a common program with magazines, documentaries and current affairs programs.

From the season 2015/16 in TVP Regionalna are transmitted the matches of UEFA Europa League with Polish football clubs (one match of the round, on Thursdays at 21:05)

Its main offices are located at the TVP news compound in central Warsaw. TVP Regionalna can be watched via TV aerial or cable networks and via DVB-T.